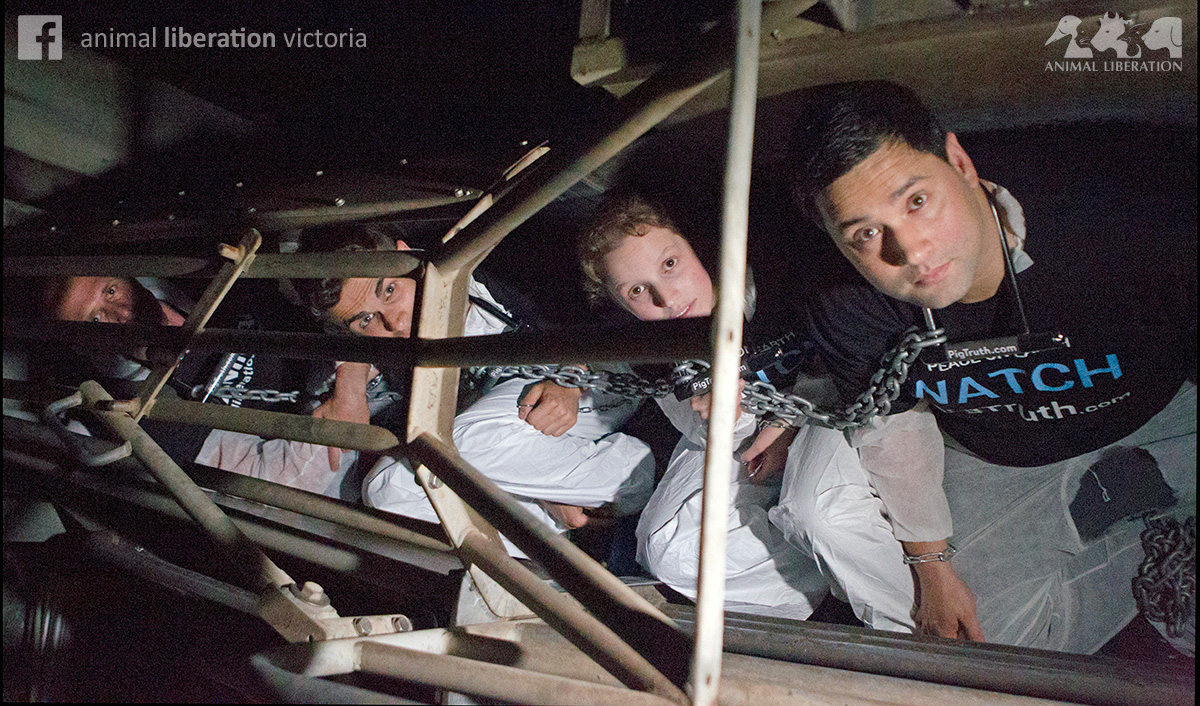 Animal Liberation groups from around Australia chained themselves to a Victorian slaughterhouse gas chamber to coincide with the release of damning undercover pig slaughter footage.

The shocking footage from inside Australian pig abattoirs 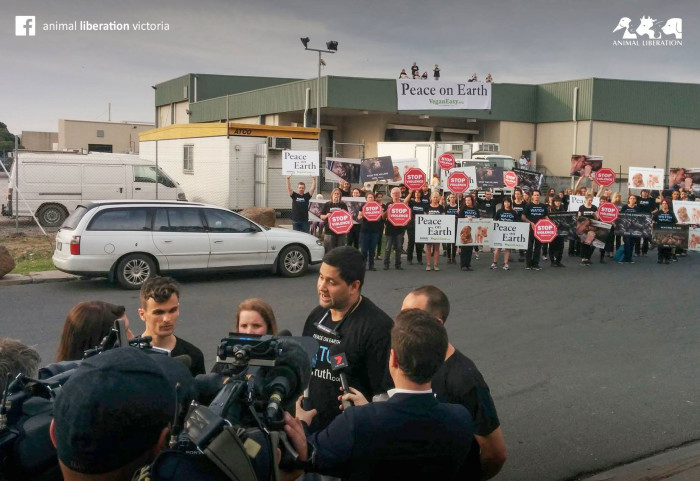 The joint campaign details shocking scenes of pigs being mercilessly forced with high amperage electric prods into metal cages, then lowered into a gas chamber where they scream, thrash, kick and struggle to escape as the gas causes burning sensations throughout their bodies and they suffocate.

Most pigs in Australia, including those raised “free range”, are killed in these carbon dioxide gas chambers, which are regarded as “best practice”. The industry tells the public that gas chambers are a humane slaughter method and wants us to believe that the pigs gently fall asleep, however nothing could be further from the truth. 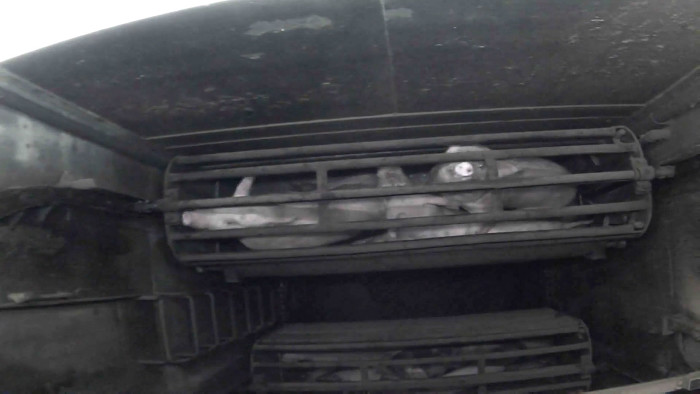 The investigation involved climbing down into a gas chamber while wearing an oxygen tank to position hidden cameras. The activist who did so immediately noticed their eyes burning, which led to the discovery that when carbon dioxide reacts with liquids or mucus coated membranes (like that of the eyes, nostrils, sinuses, throat, and lungs), it forms carbonic acid. From their first lungful of gas, these pigs are burning from the inside out.

Drag the above slider left and right to see both images.
The undercover footage shows the use of a crudely made electric prodder. The worker horrifically shoves the prodder right into the pig’s anus to move the terrified animal forward.

ALV Founder Patty Mark said today that “All activists involved in this action have taken a vow of non-violence and are putting themselves peacefully between the innocent animals and the horrific death that awaits them. We are closing down this slaughterhouse for as long as we can, not just to draw attention to this torturous method of killing, but to draw attention to the violence that is inherent in animal agriculture. This action is an attempt to bring the real concept of peace and respect for others into our troubled world. To strike at the very roots of violence and destruction.” 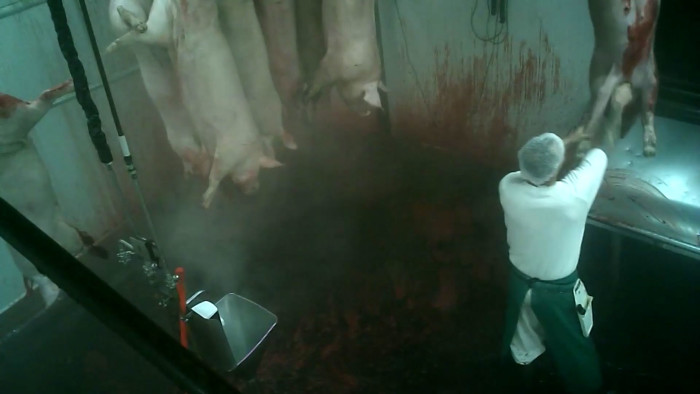 The action takes place as Canadian animal rights activist Anita Kranjc faces 10 years in prison for giving water to dehydrated pigs. ALV President Noah Hannibal said while locked onto the slaughterhouse gas chamber this morning: “Compassion is not a crime. I challenge anyone who takes issue with what we do here today to view the undercover footage at pigtruth.com. The evidence is undeniable, slaughterhouses are cruel, unethical and unnecessary. It is time to end this senseless slaughter.” 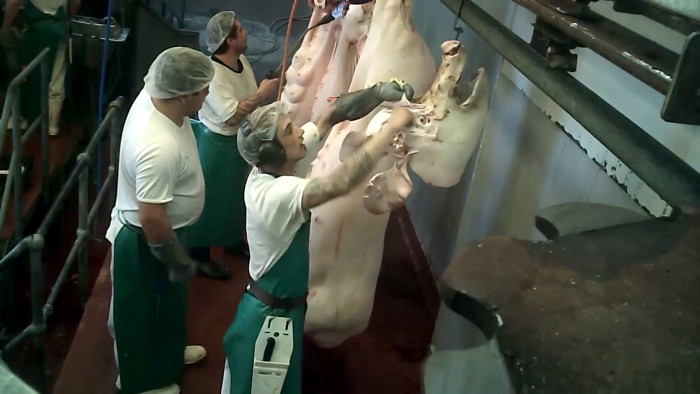 The slaughterhouse lockdown received extensive media coverage. Below is a sample of some of the articles:

News.com.au – Diamond Valley Pork Slaughterhouse protest: ‘They’re burning from the inside out’