Sickening footage has emerged of a farmer bludgeoning newborn goats to death at a dairy farm in Victoria.

The graphic two-minute video shows the kids being placed into a separate pen before they are clubbed on the head with a metal pole, one by one.

The goats can be seen convulsing on the ground before they die, the pile of bodies quickly building.

Animal Liberation Victoria claims the incident was filmed in Bannockburn, south-west of Melbourne, between mid-September and mid-October in 2019. 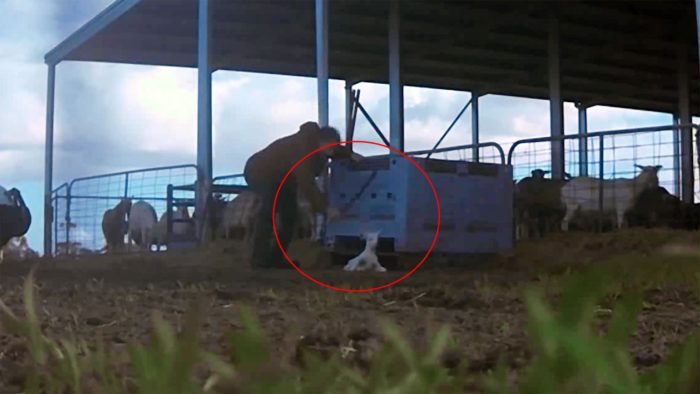 Goats are taken one by one and killed. Image: Animal Liberation Victoria

Despite the violent approach, the worker may not have broken any laws.

The treatment of farmed or ‘production animals’ is not governed by the Prevention of Cruelty to Animals Act, but by industry codes of practice.

They state that when euthanising a kid goat: “A person killing a kid by a blow to the forehead must ensure the kid is less than 24 hours old, and only when there is no firearm, captive bolt or lethal injection reasonably available.”

The person in charge of the deaths must also “ensure killing methods for goats result in rapid death or rapid loss of consciousness followed by the death while unconscious”.

If a person is found guilty of cruelty offences, they may face fines of up to $41,305 or 12 months jail time. 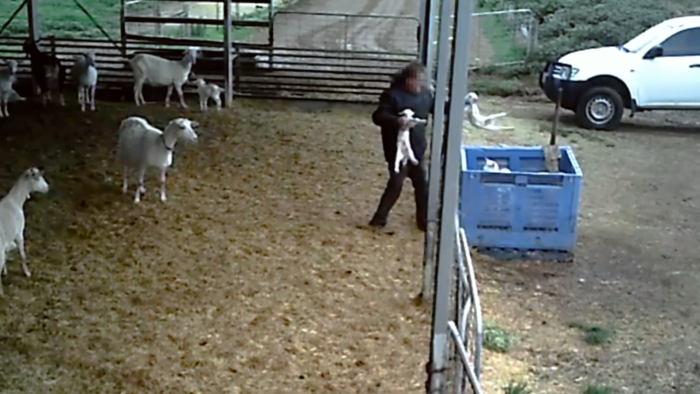 The mothers watched on as their kid’s were beaten. Image: Animal Liberation Victoria

Emma Hakansson, a spokesperson for ALV, told 10 daily that the footage was highly distressing.

“You can hear the babies crying while their mothers are watching on.” she said. “There is no humane way to slaughter a baby animal or any animal”.

The group claims that newborn male goats are killed because they will never produce milk and “are therefore rendered useless to the dairy industry”.

The Victorian Farmers Federation has acknowledged that the footage is confronting.

“As an industry, we do not condone the mistreatment of animals,” David Jochinke, Victorian Farmers Federation President, said in a statement to 10 daily.

“Any producer who falls outside the Prevention of Cruelty to Animals Act, as well as the standards and guidelines of the industry should be investigated and managed appropriately,” he continued. 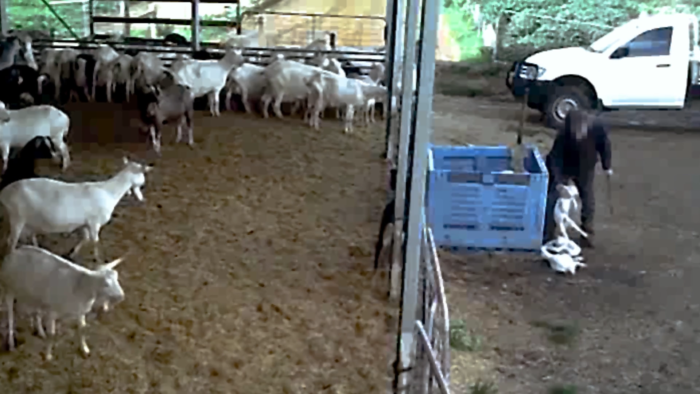 While declaring that he couldn’t comment on this specific case, Jochinke said that he would support an investigation into the matter.

“Any person who has stewardship of an animal should take their responsibilities seriously,” he said.

A spokesperson for Agriculture Victoria confirmed to 10 daily that an investigation is underway.

“Agriculture Victoria is aware of an alleged animal cruelty incident near Bannockburn and is investigating,” the statement read.

“We take all animal welfare complaints extremely seriously, and will ensure a thorough investigation is undertaken.” 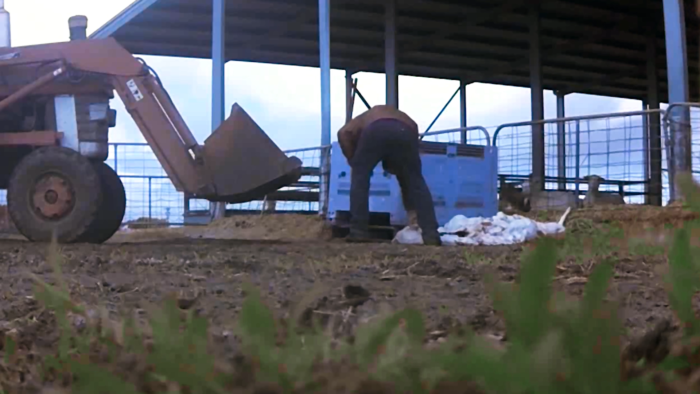 The incident comes weeks after a separate animal protection organisation, Aussie Farms, released vision of baby goats being shot with a bolt gun, which as mentioned above, is also legal.

The Victorian Government sought feedback on proposed new laws to prevent animal cruelty, with existing regulations expected to be replaced in mid-December.