Goats are curious, intelligent and playful animals who are exploited for both their milk, flesh and skin. 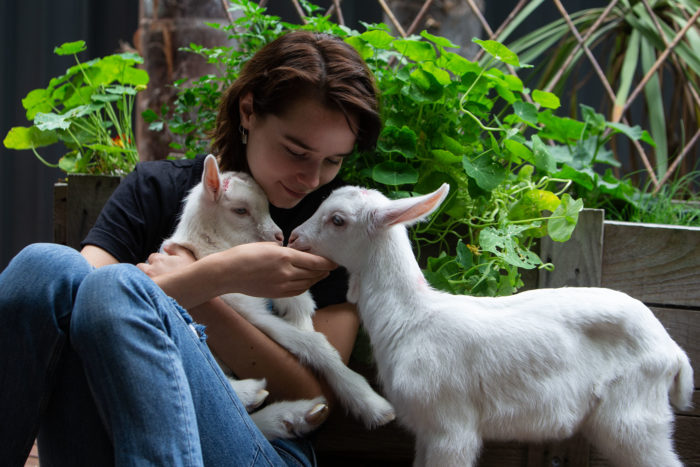 Studies have shown that goats recognise the emotions of their friends from their calls, they can recall how to perform complex tasks years after they are taught them, and they look to humans for help with tasks just like dogs do.

According to the Food and Agricultural Organisation of the United Nations, 464.6 million goats are slaughtered every year around the world. That’s nearly more than 20 times the human population of Australia

In Australia, 1.65 million goats were recorded as slaughtered in 2018, but many more are slaughtered on-site at farms who are not counted in this total.

Naturally, goats can live to be 15 to 20 years old. When bred for meat, goats are slaughtered at six months to one year old.

In the dairy industry, spent mothers are slaughtered when they are no longer producing milk or babies at a rate that is profitable to farmers. Their newborn babies, if they are male, are slaughtered at less than 24 hours old.

Just like in the cow dairy industry, female goats, or does, are repeatedly impregnated, as this is the only way they will produce milk. 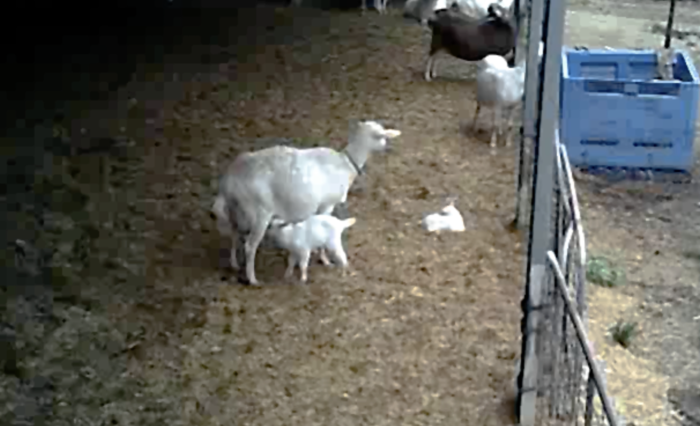 A still from our Goat Truth exposé.

Male goat kids are considered as waste because they will never produce milk, and therefore never produce a profit for farmers or the wider industry. It is industry standard that these male kids are killed soon after they are born. 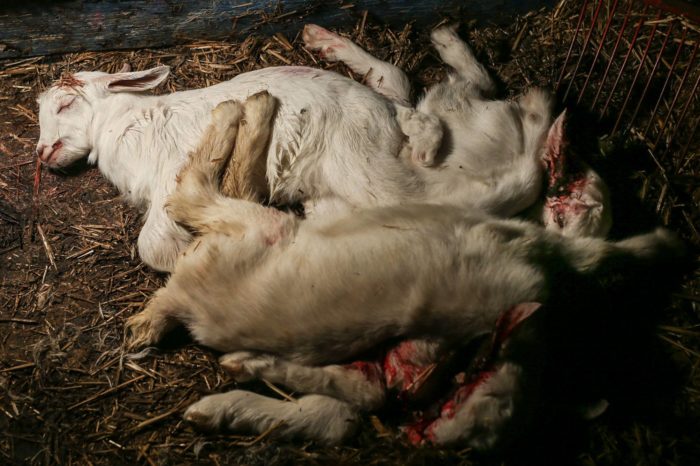 Many farms kill the newborn kids with a captive bolt gun shot through their brain. It is also legal for kids 24 hours old or less to be killed by blunt force trauma. This means if a farmer uses a hammer, a metal pole, or a rock to bludgeon a newborn goat in the head, it is legal. 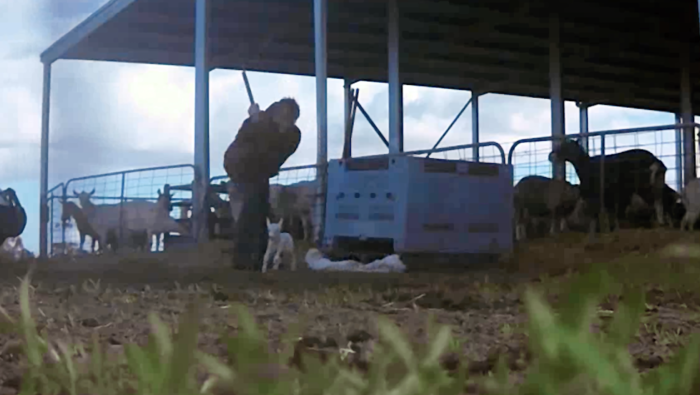 A still from our Goat Truth exposé.

Our Goat Truth campaign captures the blunt force trauma killing of goat kids, described as ‘humane destruction’ by the Government and industry.

A very small amount of boys who are thought to be ‘good for breeding’ are spared their lives so that they can impregnate the does annually, until they are no longer doing so effectively, and are culled.

The baby girls that are taken away from their mothers at birth are kept in housing and fed milk replacement powder until they are older. They are raised to replace the herd when their mothers, and other doe goats of the same age, are no longer considered financially viable. 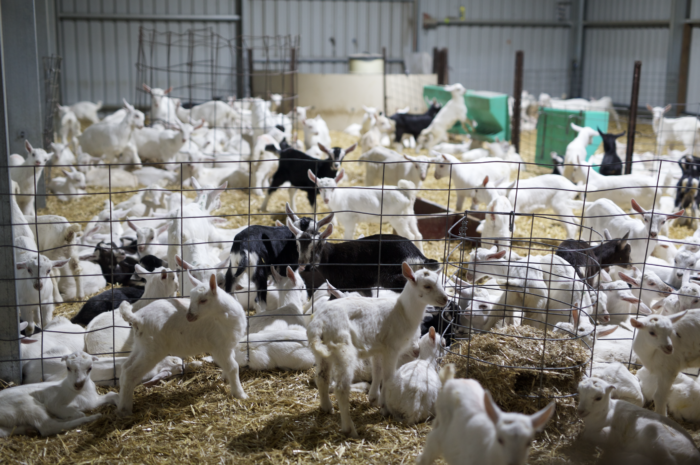 At 19 months old, female goats are impregnated for the first time.  Mother goats carry their babies for 150 days.

Mother goats have a deep and instant bond with their babies. They remember the calls of their individual babies, even a year after they have been taken away from them.

Mother goats are generally milked twice a day, and impregnated every year. When the mother goats are no longer producing milk efficiently, and their bodies can no longer withstand the constant breeding, they are culled and replaced by new babies. 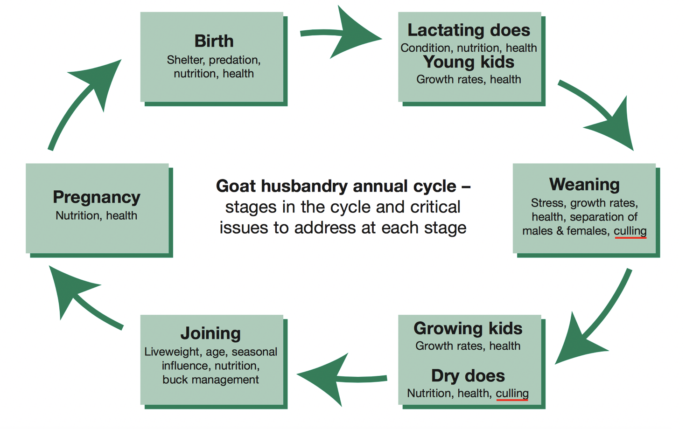 Culled mothers and their male babies can be found on many farms in huge ‘dead piles’ that are eventually covered with dirt. 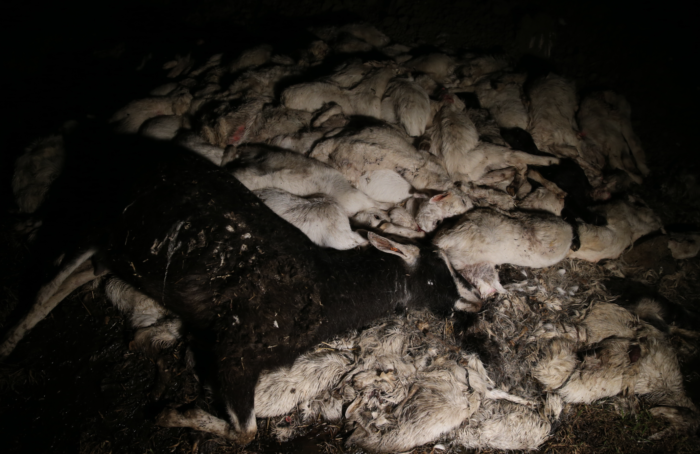 Perhaps surprisingly, Australia is the largest exporter of goat meat in the world. Only 10% of this meat comes from goats bred and farmed for meat, with the rest coming from a wild breed of goats that originated from escaped domestic goats brought to Australia by European invaders. These goats are captured from the wild, transported to feedlots where they are fattened and finally sent to slaughter. 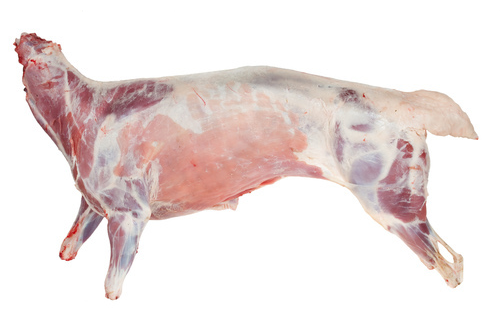 Hundreds of millions of goats are slaughtered and skinned in the leather industry every year. These skins come as a co-product of the meat and dairy industries, and their sale financially supports these industries as well as slaughter industries. 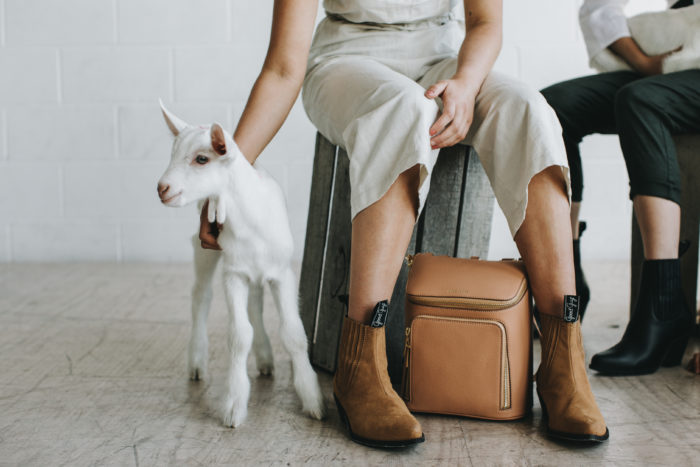 If you want to learn more about how you can live cruelty free, please take our free 30 Day Vegan Easy Challenge.