Only three people that we are aware of have ever been jailed for animal rights in Australia, Patty Mark is one of them.

In 1998 Patty was arrested after documenting the condition of sick, dying and dead hens in a battery hen factory, and trying to rescue hens in need of veterinary care. She was jailed after refusing to sign bail conditions stating she would not return to the hen factory, because her conscience would not allow her to leave the hens to suffer.

In prison the authorities insisted on serving Patty chicken meals. In protest against this and the lack of action taken to help the hens, Patty went on a hunger strike. After 8 days of this hunger strike the public and media pressure on the prison was so great that Patty was released and later won her court case.

On December 4 this year Patty is fasting again for the animals, this time outside one of Australia’s largest pig slaughterhouses. Please join her and others at the Fast for Freedom, to help draw much need public attention towards the violence and injustice of animal slaughter. 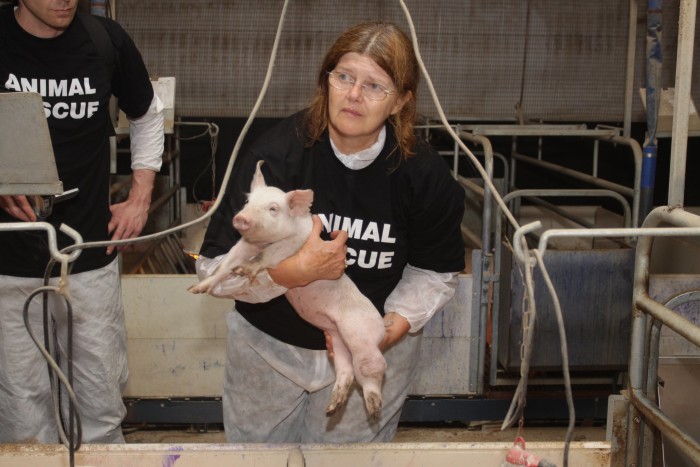 Why I’m Doing This Fast

“I’m doing this fast because I’m traumatised and grief stricken by the overwhelming and continual violence and bloodshed happening in these gas chambers and slaughterhouses all over the world.

“I have a personal connection to this slaughterhouse, this gas chamber (Diamond Valley Pork in Laverton) as I’ve seen and heard numerous times the horror and pain these pigs suffer as they thrash their bodies trying to escape the gas chambers and their brutal death.

“And I’ve spoken to the employee who cried telling me he found hooves broken off in the pits under the gas chamber from the young pigs struggling so desperately to escape. It haunts me. I need to be here near them. My heart is with them. My mind is on them. Their pain is my pain.”

Thank you to Dr. Michael Klaper, M.D. who has given Patty Mark and James Aspey the all clear to commence with their fast:

“Despite unfounded fears and negative beliefs about briefly abstaining from food, it is clear from the medical literature and from decades of professional experience at fasting centers around the world that a healthy person, of normal weight, with normal kidney function, and who is not on any medications, can safely consume only water (as their thirst dictates) over the course of 120 hours (5 days) and predictably emerge not only undamaged, but with increased feelings of health and well-being.

“As Ms. Mark and Mr. Aspey are both healthy people on no medications, I have no medical concerns over the course of their proposed 5-day water fast and expect them to have a positive health experience during and after their 5-day water fast.”

If you’re thinking of joining us please read our important health warning at the bottom of this page: www.alv.org.au/justice/activist-info 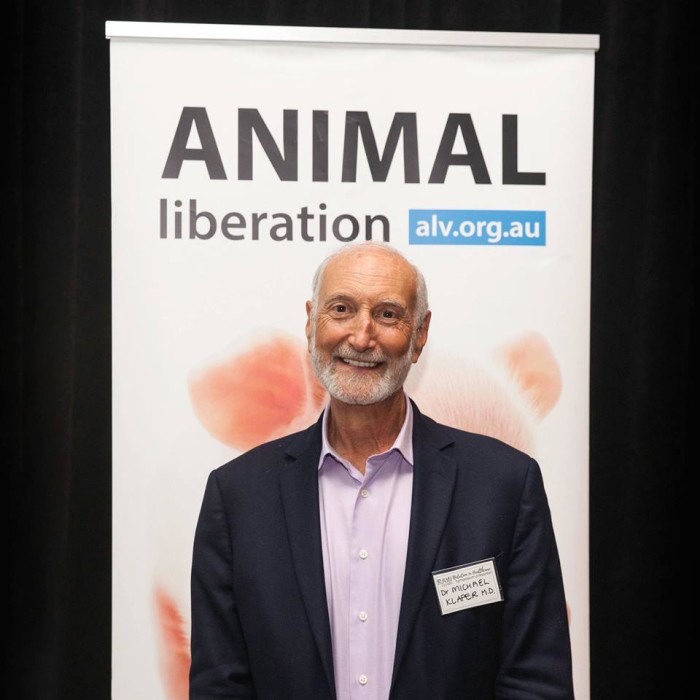