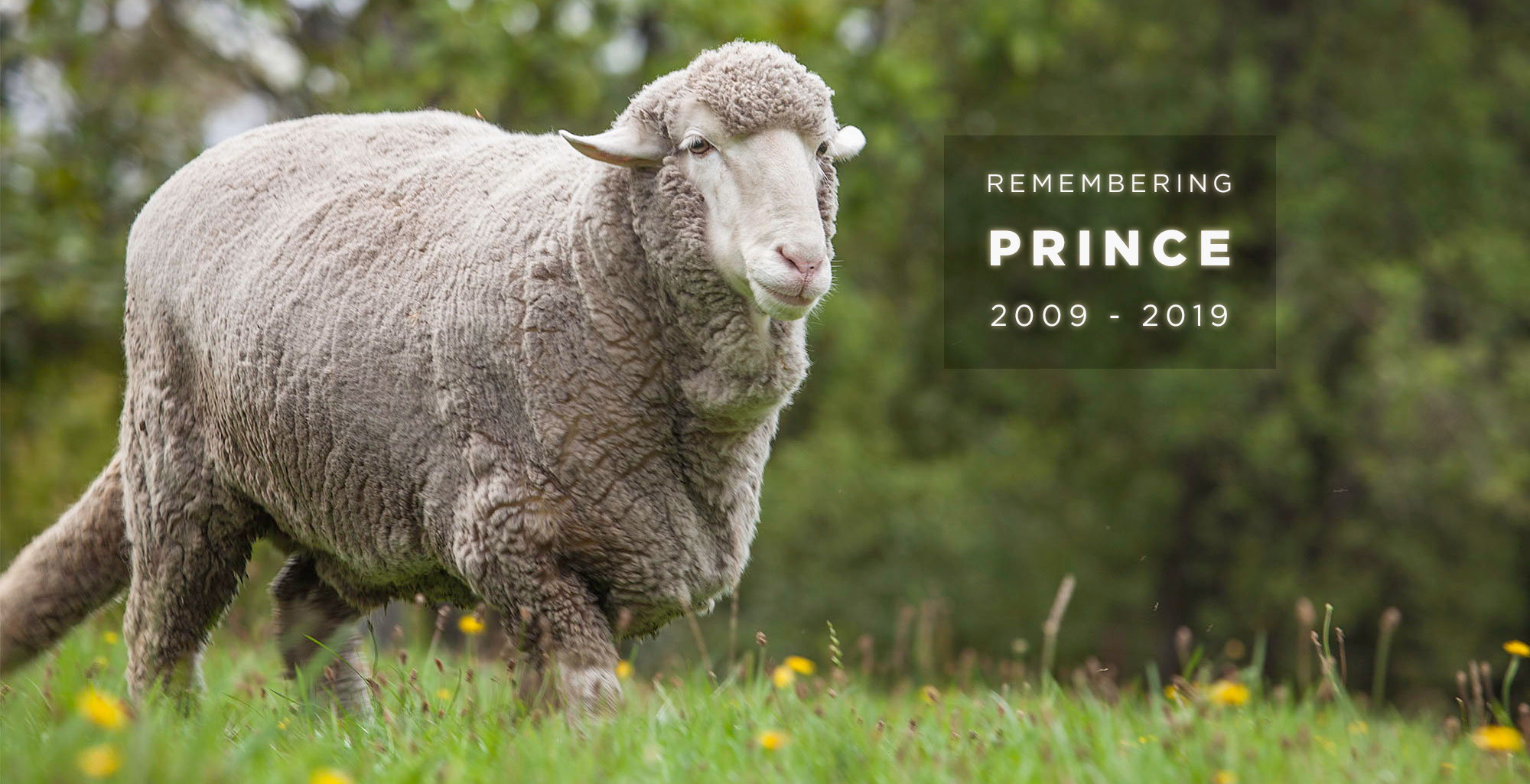 Born on a truck going to the slaughterhouse, this is the story of how the Little Prince came to live a long and happy life.

Ten years ago a concerned ALV member spotted several young lambs held in a makeshift pen out the back of a slaughterhouse. A local rescue team member was contacted and they went to investigate.

The pen was strewn with old car parts and rubbish and the lambs were very young, wandering aimlessly around the pen, bumping into the old car tyres and forlornly calling out for their missing mums.

The lambs had most likely been born during the long truck journey their mothers had endured. They weren’t part of the official kill list, so presumably they’d be slaughtered for the workers to take home or their bodies simply discarded.

Above: Little Prince as a young lamb

Worried that the lambs would be gone by the time they returned with help, the rescue team member jumped the low fence and looked around for who seemed in most urgent need.

One of the lambs immediately stood out! He was off by himself and was smaller and more fragile looking. He wasn’t active like the others – he just stood there on his long spindly legs staring blankly into space. He looked as though he might be in pain or shock.

As they scooped the tiny lamb into their arms, a worker in a nearby factory looked on intently, scowling, perhaps assuming the lamb was being stolen for food. Therefore it was impossible to return for more of the lambs at that time.

As they drove away to safety, the little lamb sat in the rescuer’s lap, completely trusting; the very epitome of gentleness. He occasionally lifted his tiny head up to nuzzle into their neck.

At ALV’s urban sanctuary, Patty Mark received the little fellow with glee. Despite his fragile condition and poor odds of survival, with Patty’s expert care and attention he thrived!

For those first few months his feet barely touched the ground. Everyone he came in contact with wanted to cuddle him for hours! Patty very quickly named him The Little Prince, after the Antoine de Saint-Exupéry book… and because everyone treated him like royalty.

Time passed and the Little Prince grew into an enormous, fully grown sheep! He still had the same, unmistakable serene expression but there was nothing weak or fragile about him. Now known simply as Prince, he enjoyed welcoming visitors to the sanctuary, bowing his head for neck scratches and cuddles.

Above: Prince as an adult

He was joined by another sheep named Lulu and they could usually be found together sitting on Patty’s front porch.

Patty has since moved to a country property and established Liberation Sanctuary, where she has been able to take in many more rescued animals than she could in Elwood. However Prince still loved human company and positioned himself somewhere he could watch whatever the humans were doing.

After ten years of love and kindness, our dear Prince has passed away. The average lifespan of sheep is roughly ten years, however considering his poor early condition it is remarkable he lived such a full, healthy life; a testament to the love and care he received.

Patty, who has cared for Prince over the past ten years, is understandably still in shock at the passing of such a close family member, but she made the following statement:

“Prince was definitely one of a kind! We grieve the passing of all our loved ones, but Prince’s death has dropped a bomb on my soul.

“This independent and bold sheep lived his life the way he wanted while still always ‘there’ expecting pats, scratches and of course treats.

“No one will or can ever take his place. Yet what I treasure most about this very special person was his embodiment of all animals. Each one a precious individual who deserves to live their life with respect and autonomy.”

As much as we love dear Prince, and mourn his passing, we mourn and hold close to our hearts the millions of lambs and sheep just like him, who are never so lucky as to be saved, and to live out their natural lives full of love and peace. Visit sheeptruth.com to learn more. 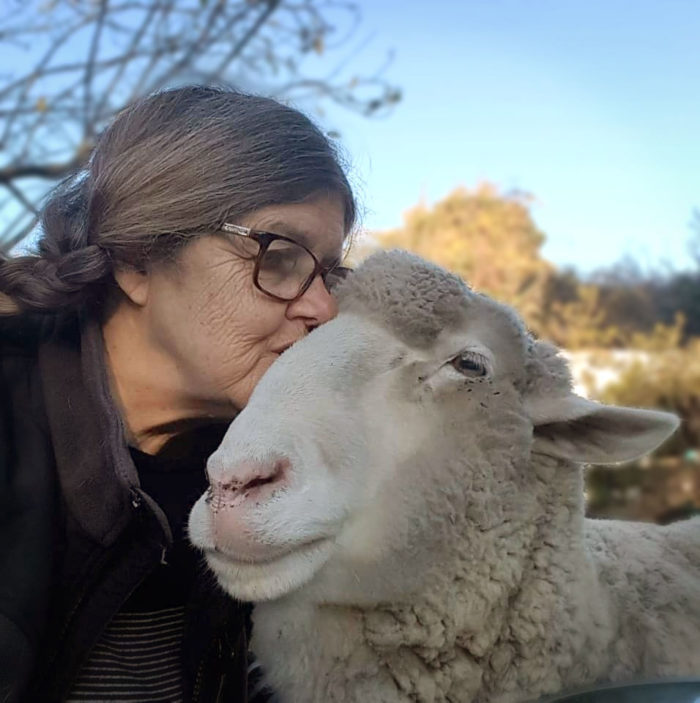 Above: A recent photo of Patty Mark and Prince