Ag-gag laws are designed to keep the facts about animal abuses on factory farms secret from the general public. In addition to being a clear violation of the human right to freedom of speech, such laws endanger human health by failing to address unsanitary practices on factory farms that give rise to pandemics such as E-coli, MRSA, and salmonella. 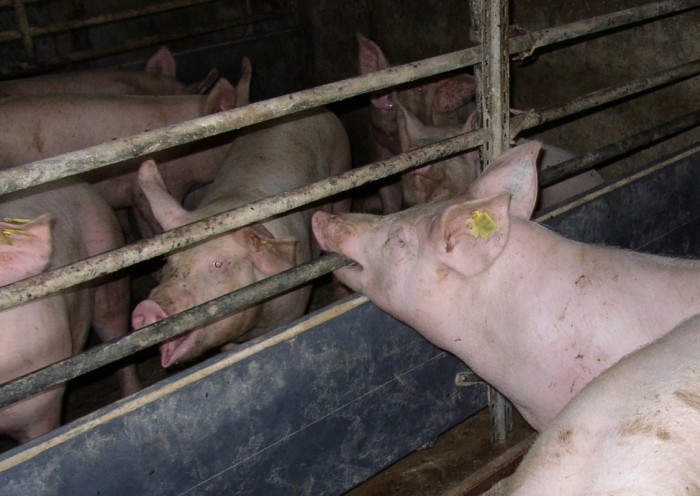 Needless to say, the animals on these farms are also oppressed as a result of ag-gag laws, which seek to criminalize the people who seek to expose their suffering, while shielding those who perpetrate it.

And now, it looks like the distressing trend is spreading to Australia, as several prominent politicians and public figures have begun to express their support for such laws.

The seeds were sown last year, when Katrina Hodgkinson, New South Wales Minister for Primary Industries, told a conference of the NSW Farmers’ Association, “We have to keep putting it up to city people that don’t, may not necessarily understand our farming practices and how important they are, that they cannot support these group such as Animals Australiaand cannot support what they’re doing.”

She also described undercover investigators as “vandals,” and said that animal rights activists were “akin to terrorists.”

Meanwhile, Western Australia (WA) Liberal Senator Chris Back has also stated his support for stronger actions against animal advocates who work to expose conditions on factory farms. Robert Brown from the Australian Shooters and Fishers Party denounced the work of such advocates last week, and called for tougher laws to prevent them from monitoring agricultural facilities.

Will Potter, the journalist who broke the story of undercover investigator Amy Meyer’s prosecution in Utah last year, believes that the ag-gag trend has begun to spread to Australiabecause “there is a long history of open rescues and undercover investigations here, and activists such as Patty Mark and Animal Liberation Victoria are known internationally for their pioneering work.”

Siobhan O’Sullivan, animal rights author and research fellow at the University of Melbourne,says, “the fact that (animal activists) must trespass at all suggests that farmers are generally more interested in protecting their private property rights than transparency. If farmers are committed to animal rights, then why not open the gate and let the public look inside?”

The answer to this, of course, is that farmers don’t want the public to know anything, as they are well aware that many people would be revolted to discover the truth. And the last thing they want is for their profits to be reduced.

However, we can take heart from the fact that many U.S. states are now choosing to say “no”to these insidious laws, including California, Illinois, Minnesota, and Kentucky. To find out more about stopping ag-gag legislation in its tracks, check out our article detailing how to do just that. Whether you want to sign a petition, contact your state government officials, support the work of animal rights NGOs, or spread the word, the power to end this senseless cruelty is in your hands!