Is Being Vegetarian Enough?

Being vegetarian is a great start on the road to a kinder life. But are eggs and dairy truly the cruelty free choice some people think they are? We give you the information you need to decide for yourself.

Is Being Vegetarian Enough?

Being vegetarian is a great start on the road to a kinder life. But are eggs and dairy truly the cruelty free choice some people think they are? We give you the information you need to decide for yourself.

If you are vegetarian, congratulations! You are almost certainly someone who rejects violence toward animals, you may be concerned about your health and also don’t want to contribute to industries which bring pain, suffering and death to billions of animals.

No one wants to think of themselves as doing something “wrong”, especially when they’re trying hard to do the right thing. However, it’s also important to face uncomfortable truths and strive to minimise the violence and cruelty we may unknowingly contribute to.

In this article, we are going to share some of the ways being vegetarian fails to help you meet your goal of being truly compassionate toward animals.

We want to emphasize that we applaud all efforts to live a kinder lifestyle. Being vegetarian is often the first step someone takes toward eliminating cruelty from one’s life. However, it’s important to remember that it’s just that – only the first step on a much larger commitment to ending violence and suffering.

The Truth About Cows

As a vegetarian, you may believe that milk and dairy products are cruelty-free foods. After all, they don’t need to kill the cow to produce milk, right?

In fact, it could be argued that cows used for dairy experience far more suffering at the hands of ‘farmers’ than cattle used for their flesh alone.

Here is a summary of the issues

Cows, as mammals, need to give birth to continue to make milk. So, what happens to their calves? 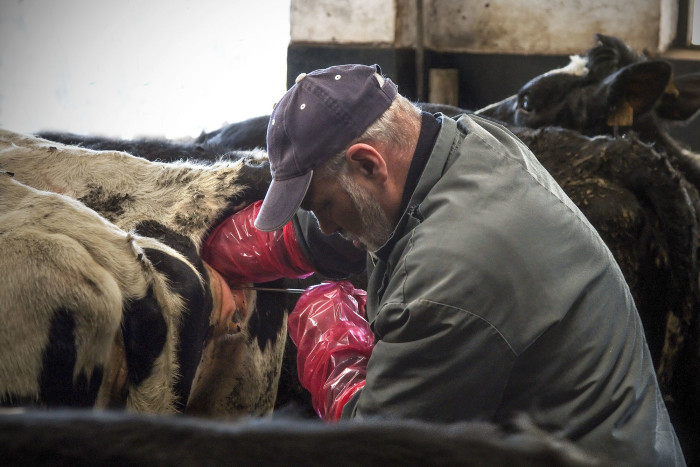 Both bulls and cows are sexually exploited as part of artificial insemination procedures:

Genetic manipulation ensures cows produce abnormal amounts of milk. Over the last 40 years in Australia, milk produced by cows has almost doubled and now averages 5,700 litres per cow. This places enormous strain on a cow’s body, as she bears the additional burden of producing an unnatural amount of milk.

After 5 or so years, when this repetitive cycle of abuse has taken its toll and milk production has decreased, cows are sent to slaughter for hamburger mince or other meat products. The natural life-span of a cow is 20 years. Consuming dairy does not spare a cow’s life, but rather prolongs the suffering she is forced to endure.

In some cases, a cow arrives at slaughter with an unborn calf inside her. Once she has been killed, her unborn foetus is removed and the blood drained from this “slink” calf and sold for medical research, while the expensive “soft and supple” skin is sold to make luxury items.

The dairy industry IS the meat industry

All milk, cheese, yogurt and ice cream comes at a terrible cost to these gentle, social and intelligent beings. If you want to learn more visit our Cow Truth page.

Chickens and Their Eggs

Most vegetarians would quite rightly be repulsed at the thought of chicken flesh in their meal. But did you know that the egg industry perpetuates terrible cruelty against our feathered friends?

Although initially they are not killed for their eggs, hens are typically slaughtered after just 18 months when their productivity begins to decline.  This happens regardless of whether the hen is raised in a free-range, caged, barn-laid or organic system, labels which mislead the public as to the suffering endured by all hens.

Based on this fact alone, it is already clear that the egg industry, like the dairy industry, is a death industry.

Some of the many other disturbing truths about egg production

Very few people are aware of the lives of parent birds, the hens and roosters, used to create future laying hens for all egg production, including free-range.

In nature, a hen ovulates 12 times a year (just like a human female), and lives for about 8 years. However, due to genetic manipulation and interference with the brooding process, laying hens now produce a staggering 200-350 eggs per year! 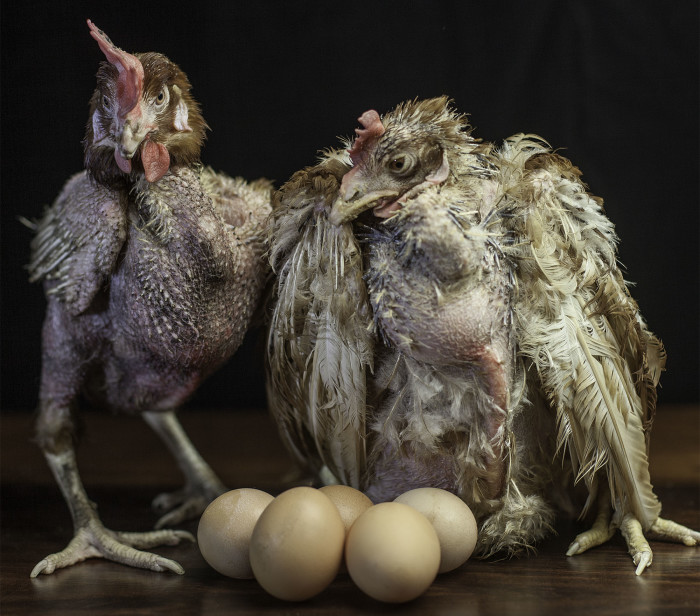 This extreme cruelty also extends to the vast majority of male chicks. As males, their lives are deemed worthless and within days they are either ground up alive in industrial-sized blenders or gassed. In Australia alone, more than 12 million male chicks die this way each year.

The egg industry is a death industry

If the magnitude of this injustice is difficult to comprehend, take a moment to reflect on the fact that each unique individual being – whether calf, cow, bull, chick, hen or rooster – experiences extreme psychological and physical distress throughout his/her life as a result of humans’ demand for eggs and dairy. However, this is a choice and you can choose to reduce the violence and suffering by being vegan.

Going vegan is simpler than ever with so many plant based milks, cheeses and egg replacers available. To learn how simple it is, try our 30 Day Vegan Easy Challenge.