All around Melbourne these posters are making people question who wool is really for...

As a part of the Sheep Truth campaign, we have released these posters on buildings throughout Melbourne. 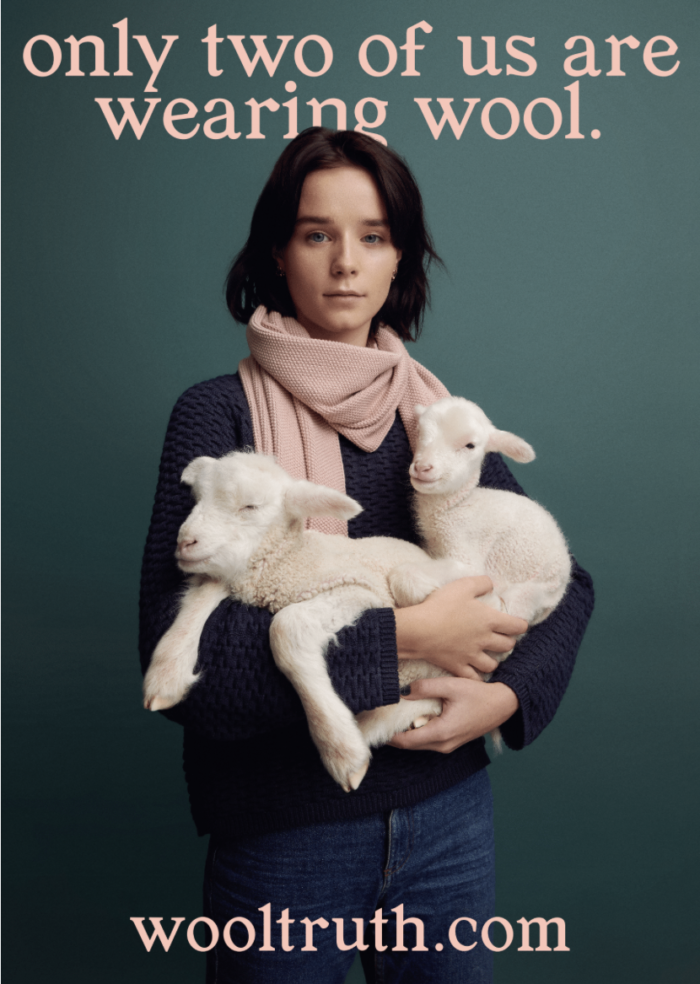 The posters mimic the aesthetic of campaigns often created by brands selling wool – a model wearing a wool jumper while holding a lamb. The irony of promoting wool while showing off a cute lamb is clear, when one understands that the wool industry exploits and slaughters sheep.

For too long a fantasy around sheep ‘bred for wool’ has been spun by the industry, which sells the myth that sheep can be both used and respected. This myth is largely believed by the general public.

The idea that sheep live out their full and natural lives happily in fields, never harmed or touched by humans, except for when they are occasionally shorn, is misleading and sells a lie to consumers who care about how animals are treated. 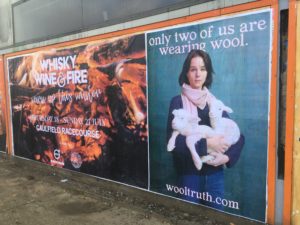 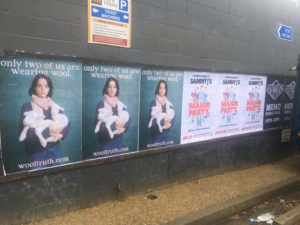 The industry causes immense suffering, whether from the millions of newborn deaths caused by  winter lambing, the selective breeding which causes pain and suffering to mothers, the cruel standard practices like tail docking, castration and mulesing (which can all legally be done on babies without any pain relief), or the slaughter of sheep who are no longer profitable.

The campaign slogan ‘only two of us are wearing wool’ hopes to remind consumers of not only where wool comes from, but to who it really belongs.

Animals are not ours to wear.