The animals killed for fur and leather aren't so different...

While fur and leather are very similar in that they both are skins of slaughtered animals, there are three main differences between them…

1 One skin still has fur attached, the other skin does not

Fur jackets, pom poms and other products very clearly look like the animals they came from, but this is not the case with leather. 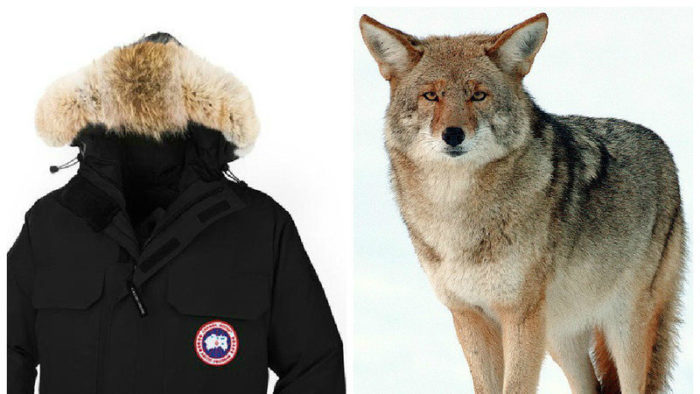 via Animal Justice Canada, a Canada Goose jacket trimmed with coyote fur and a coyote.

Leather products go through many processes before they look the way they do. An animal such as a cow is bred, raised, sent to slaughter and skinned.

After their skin is fleshed and the fur removed, it is put through many processes and tanned, most often with chromium and other toxic chemicals.

After all this, skin doesn’t really look like skin at all. 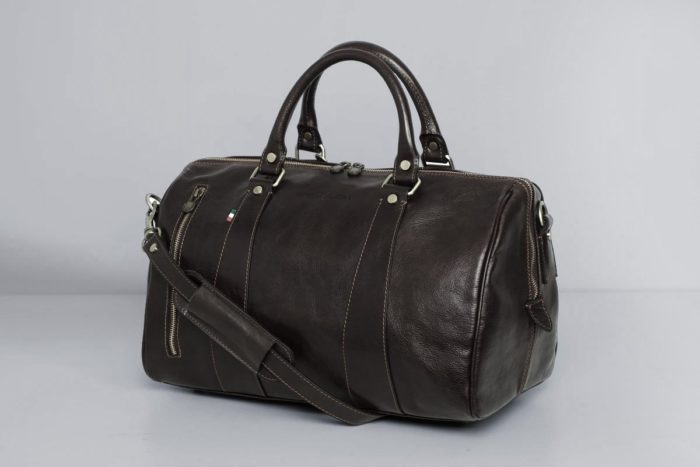 It’s hard to recognise that this is made of someone’s skin.

It is much easier to disconnect from the reality of who we are wearing, if we don’t have visual reminders, as we do with fur. 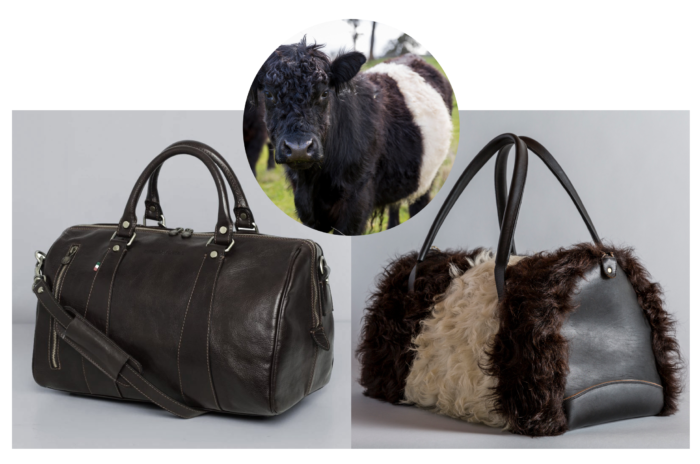 A cow skin bag is just like a cow hide (fur) bag.

2 One is more socially acceptable than the other

Many people feel that it is morally unacceptable to wear the fur of an animal, but wear leather regularly. 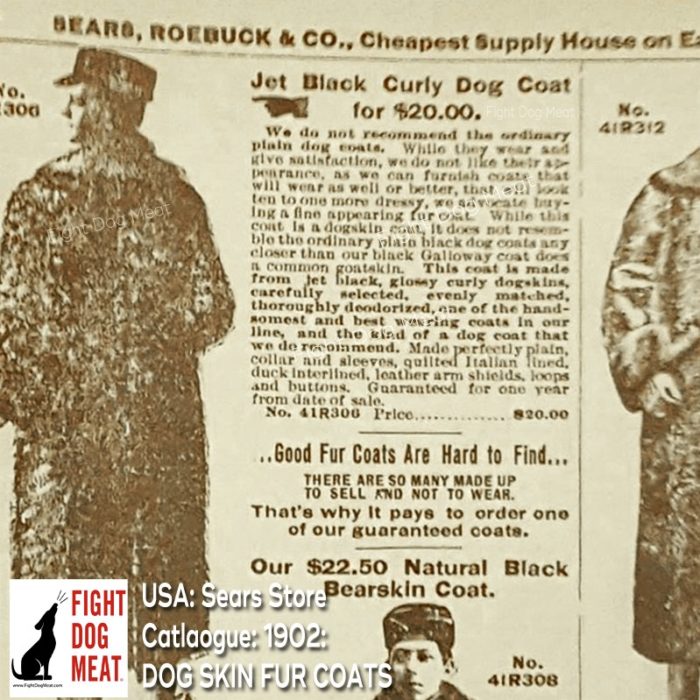 Not so long ago, it was normal to wear dog skin and fur.
Source: Fight Dog Meat

This view is generally held because animals like minks and raccoon dogs are considered more important, more deserving of respect and safety than cows or sheep.

We have been raised and conditioned to think that farmed animals exist for the purpose of being killed, eaten and worn.

We used to believe this was the life purpose for animals killed for fur, too, but a cultural shift means that many of us no longer accept this.

One animal is no more or less deserving of their life or of safety than other.

Cows are exploited not only for their skin but for their flesh (meat) too, unlike animals like minks who are farmed often exclusively for their fur. This industry differentiation is often used to argue the acceptability of wearing cow skin leather products. 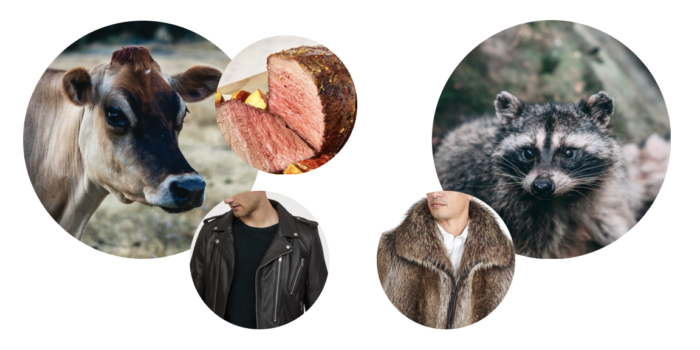 The ‘by-product’ argument that justifies the use of leather as though it were an otherwise discarded and wasted material from the meat industry is incorrect.

Buying leather financially supports animal slaughter and is defined by Meat and Livestock Australia as a co-product, not a by-product. Skins are extremely valuable to meat and dairy industries and without the profits from skin sales the industry has experienced enormous financial loss.

Regardless, would slaughtering racoon dogs, foxes or minks be considered more ethical by the general public if we ate these animals as well as wearing them? 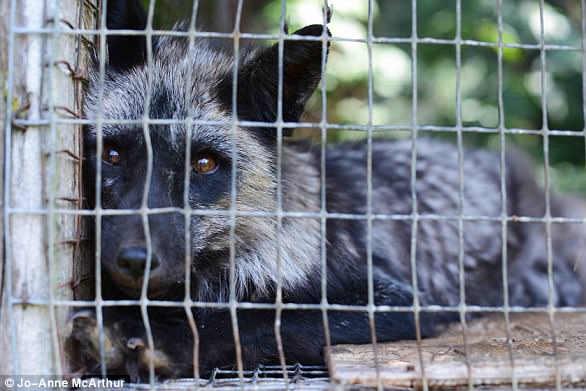 If we choose to see the reality of wearing animal skins, and recognise that wearing leather, just like wearing fur, means paying for an animal to be killed, it is clear that the kindest decision is to wear cruelty-free clothing instead.

There are plenty of clothes that are animal free, that look even better than wearing animal skin. 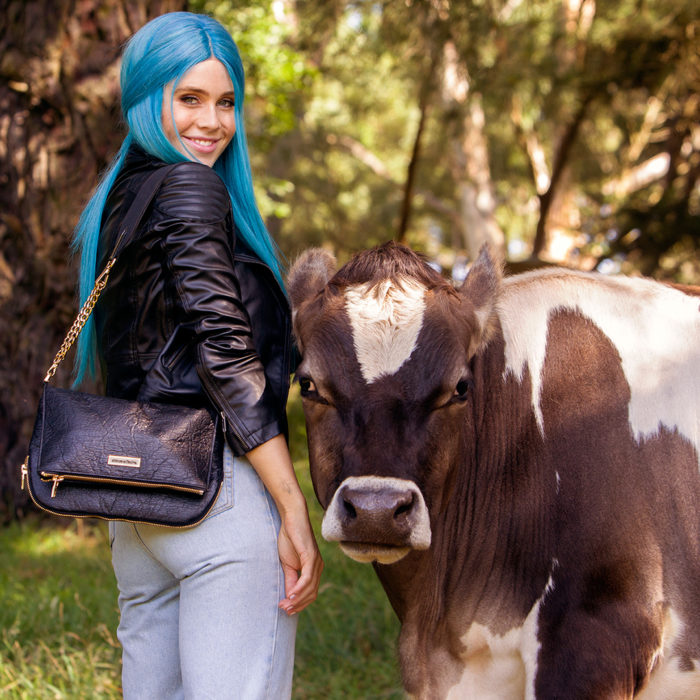 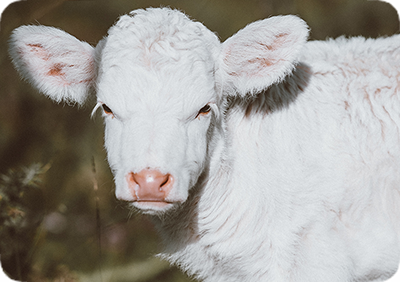 Ethical fashion does not involve paying for the slaughter of animals. By entering a few details below, you can commit to a kinder world and pledge to say 'no' to leather when you shop!

As thanks, we'll send you an e-mail containing discount codes for leather-free products from vegan brands, as well as further information to help you on your way.