Want a free copy of the greatest love story every told? The first 30 people to become Animal Liberation Victoria monthly supporters will get a copy of the new Esther the Wonder Pig book. You will also be helping us save lives. 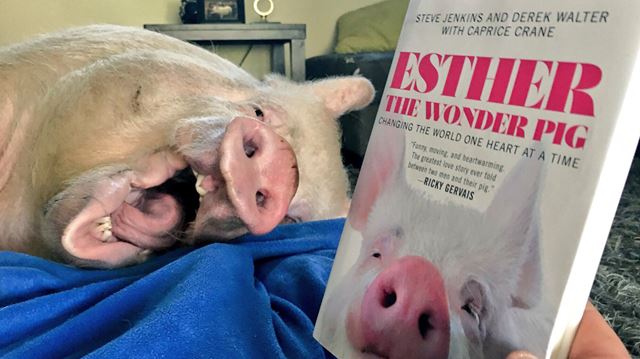 Claim your FREE copy of Esther the Wonder Pig now!

The first 30 people to become Animal Liberation Victoria monthly supporters of $10 or more will receive a free copy of the greatest love story ever told, along with other ongoing rewards

If you’re anything like us, it’s possible you’ve spent more time then you probably should smiling away at your computer screen at a very large and very adorable pig by the name of Esther. Esther stole the hearts of two men and changed the course of their lives, then went on to steal the hearts of hundreds of thousands of others. Her story highlights the misunderstood nature of animals used for food, and is changing behaviours all over the world by simply being the pig she is supposed to be.

Thanks to Affirm Press, ALV have 30 copies of this special book to give away to the first 30 people to join up as monthly supporters of $10 or more. Animal Liberation Victoria is a frontline vegan advocacy organisation that has been saving lives for almost 40 years. Through direct action, education and open rescue ALV has been exposing the inherent cruelty involved in industries that use animals and is committed to working towards a world where their lives are respected in their own right and are no longer used and abused by humans in any way. 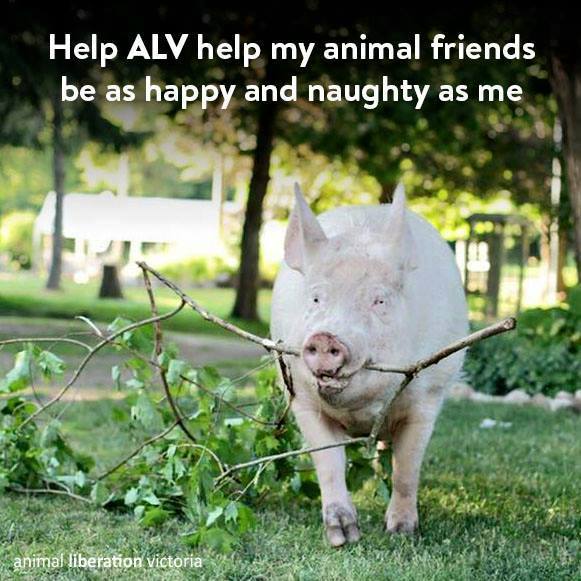 Right now, in Australia and around the world, millions of pigs just like Esther are suffering unimaginably in sheds, on farms, on trucks, in laboratories and in slaughterhouses. Visit our pigtruth.com page to find out more. Help us end their suffering by taking advantage of this special offer. Get in quick and the beautiful story of Esther the Wonder Pig can be in your hands within the week of your second installment. Your support will help us save lives and work towards a world where all pigs and other species get to live as they should, as happily as Esther.

Show your support of $10 per month or more then email us at info@alv.org.au with the subject line ‘Esther The Wonder Pig’ to ensure your bonus book is included in your ALV welcome pack. 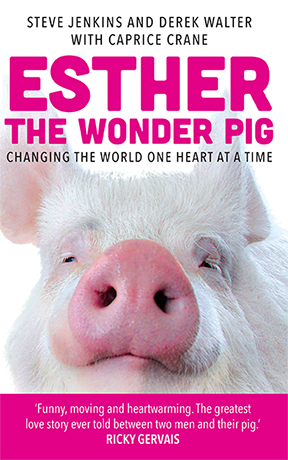