Diamond Valley Pork Slaughterhouse protest: ‘They’re burning from the inside out’

They are pictured thrashing about, desperately trying to escape and their death is slow and excruciating. 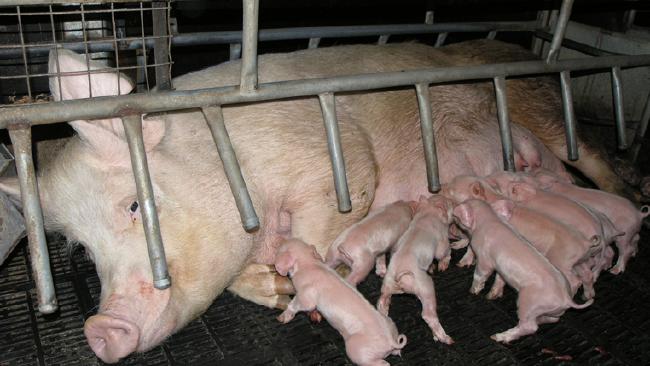 This, animal activists claim, is the price we pay for our bacon.
And it is the release of such graphic pictures which sparked animal activists to stage a protest, causing massive disruption at a major Victorian piggery today.

Animal Liberation NSW and Victoria claim pigs are not only kept in appalling conditions but die a slow, painful and agonising death during the gassing process.

Four activists chained themselves to the gas chambers inside the Diamond Valley Pork Slaughterhouse.

Activists also staged a rooftop protest and around 50 others blockaded trucks going in and out of the Laverton premises, disrupting business.

Animal Liberation activist Kristin Leigh told news.com.au footage given to them anonymously from three pig farms across Victoria showed the level of cruelty animals were subjected to. 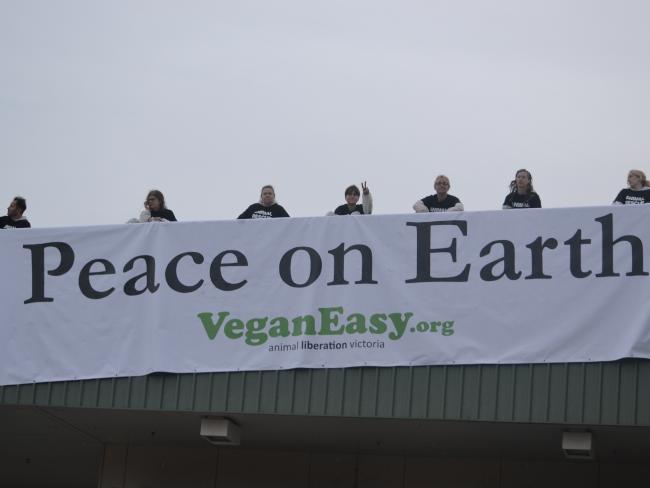 She said the footage, which she says was also shot inside the Laverton facility, formed part of a two-year investigation “detailing horrific pig abuse in Australian abattoirs.”

Animal Liberation claims its investigation showed “pigs being mercilessly forced with high amperage electric prods into metal cages, then lowered into a gas chamber where they scream, thrash, kick and struggle to escape as the gas causes burning sensations throughout their bodies and they suffocate.”

The activist group said the person who shot the footage inside the chamber climbed down into a gas chamber while wearing an oxygen tank to position hidden cameras. But they noticed their eyes burning, and said “these pigs are burning from the inside out.”

In the footage, pigs can be seen thrashing and struggling during the gassing process, something activists claim was a horrific way to die. 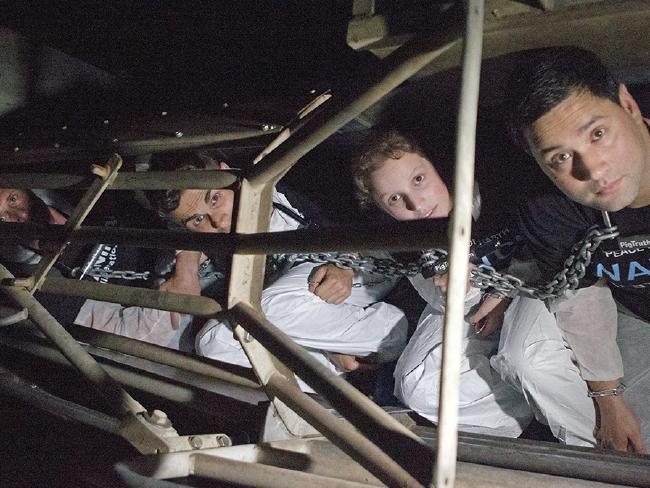 Activists chained themselves inside a gas chamber used for pigs. Picture: Animal Liberation.Source:Supplied

The footage available on PigTruth.com has not been independently verified by news.com.au

However, Animal Liberation Victoria claims it has been inside the three slaughterhouses in question and it was shot inside one of the premises.

When asked how the animals should be slaughtered Ms Leigh said they simply shouldn’t be.

“Our position is they shouldn’t be killed at all, these are living beings,” she said.

“It’s violent and the world needs to wake up to itself and stop eating meat, dairy and eggs.

“Every time footage (such as this) gets exposed more and more people question what’s on their plates.”

Diamond Valley Pork Slaughterhouse would not comment on the footage or claims made by activists when contacted by news.com.au. 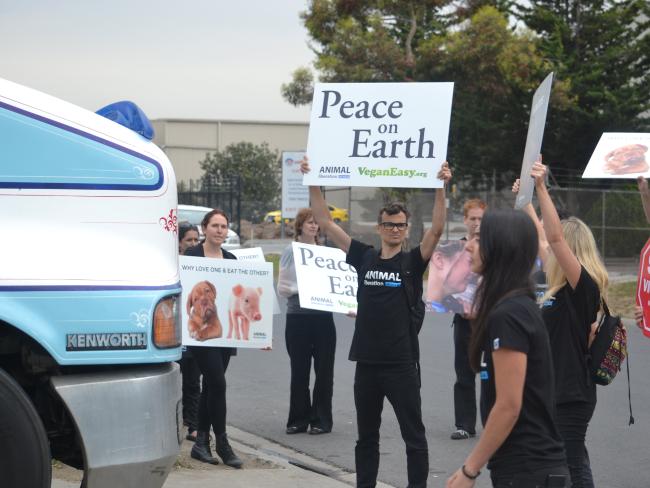 However a spokeswoman for Australian Pork Limited said the footage was purposely designed to shock and questioned the timing of its release given consumers would be buying more pig products in the lead up to Christmas.

The spokeswoman also said not only was the footage misleading and designed to shock, but their behaviour in chaining themselves to a gas chamber was irresponsible.

“We are very lucky we live in a country where we have the right to protest and can air our views publicly,” she said. 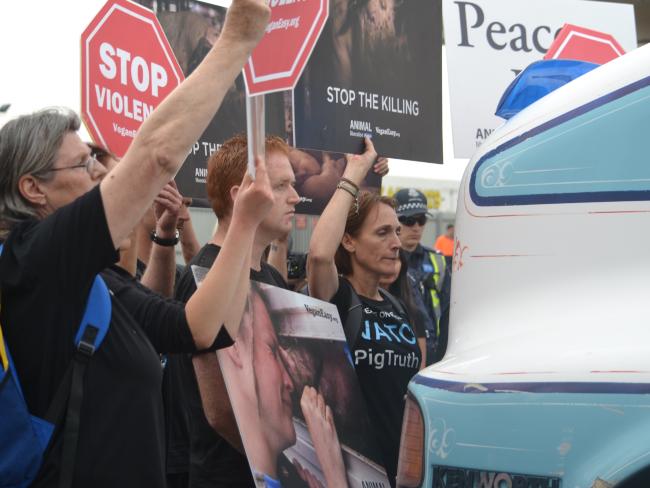 The spokeswoman said that the protesters’ only agenda is the cessation of farming and of human consumption of animals.

The spokeswoman dismissed claims that animals struggled when gassed and said the slaughter process, known as Co2 stunning, was designed to render pigs unconscious before they were killed.

She admitted the footage shown was graphic but was not representative of slaughter practises across the industry. 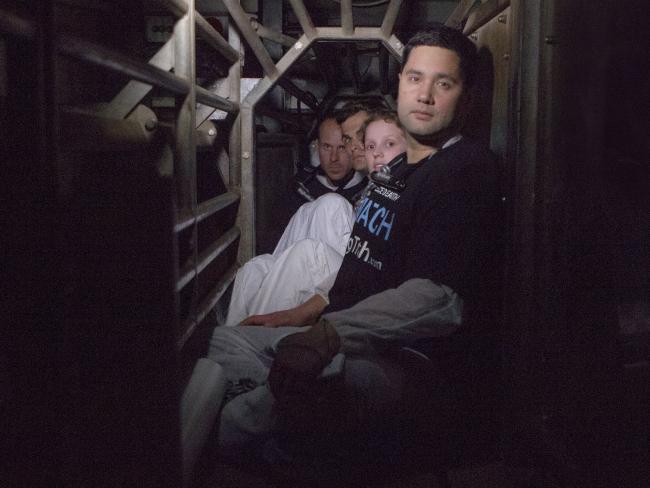