Animal activists have released horrific footage of male baby goats being bludgeoned to death at what's claimed to be a Victorian dairy farm. 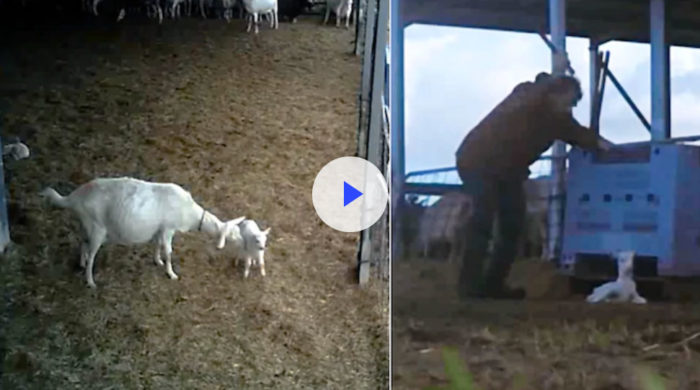 CLick the image to watch the video on 7News.com.au

The confronting two minutes of undercover footage put online by Animal Liberation Victoria shows the kids being clubbed with metal poles and convulsing on the ground as they die.

Watch the video above

“These newborns males are killed because they will never produce milk, and are therefore considered useless to the dairy industry,” ALV president Noah Hannibal said in a statement on Friday. 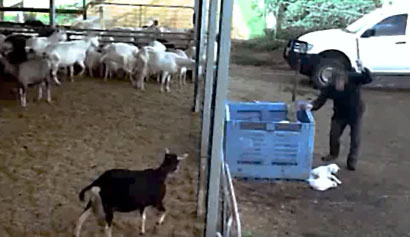 “This brutal slaughter takes place as part of an inherently cruel industry.”

The footage was taken at Bannockburn between mid-September to mid-October, AVL said.

But this is not illegal according to codes of practice and guidelines for the goat farming industry, which considers blunt force methods of disposing of kids less than 24 hours old as humane destruction.

The ALV footage comes after another animal protection organisation, Aussie Farms, released vision in September of baby goats being shot in the skull with a bolt gun. This practice is also legal.

The Aussies Farms footage, also taken at a Victorian farm, was also used to point to deficiencies in the state’s animal welfare laws.

The Labor government is seeking feedback to proposed regulations aimed at preventing animal cruelty, before replacing existing regulations on December 15.

Meanwhile, state parliament is hosting an inquiry into the impact of animal rights activism on Victoria’s agriculture sector that is due to report back by February 1, next year.