Animals Are Not Ours Memorial

Animal Liberation Victoria held a public memorial for the billions of land animals exploited and slaughtered every year.

A memorial for over 200 animals held in Melbourne’s Federation Square drew attention to the way in which living beings seen as property suffer everyday. 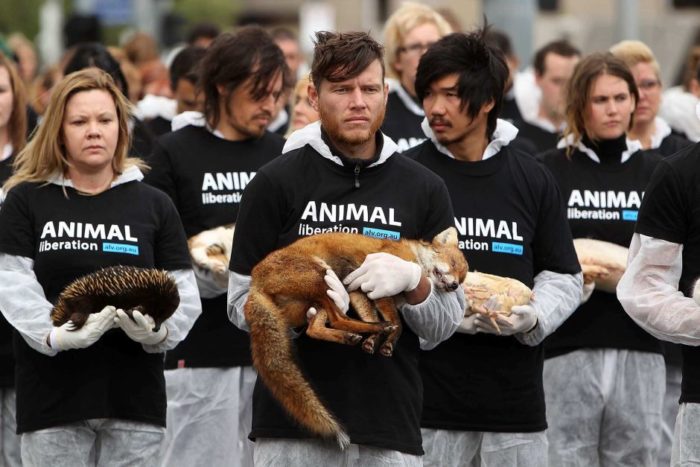 ABC News: ‘Activists from Animal Liberation Victoria hold dead animals in Melbourne’s Federation Square on October 1, 2013. The group, which is against the treatment of animals as ‘property’ and advocates a vegan lifestyle, held the protest to publicly grieve the animals’ deaths.’

Major news channels such as the ABC, and the Herald Sun reported:

‘Coburg grandmother Liz Morrigan said the display was “very moving” and that her six-year-old granddaughter had asked to stay and watch.

Ms Morrigan said the treatment of animals was an important issue that should not be ignored.

A tombstone at the front of the demonstration, dedicated to the “memory of the Unknown Animal”, said 64 billion land animals and one trillion sea animals were killed by humans every year.

Brochures handed out by activists encouraged people to realise that “animals are not ours” and that a vegan lifestyle was more ethical and caused less suffering.’ 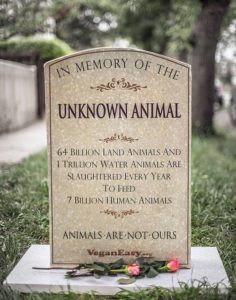