How is this legal?

Our Goat Truth campaign exposes the legal blunt force trauma killing of goats, for the first time in the world.

In undercover video, babies are seen being taken away from their mothers. 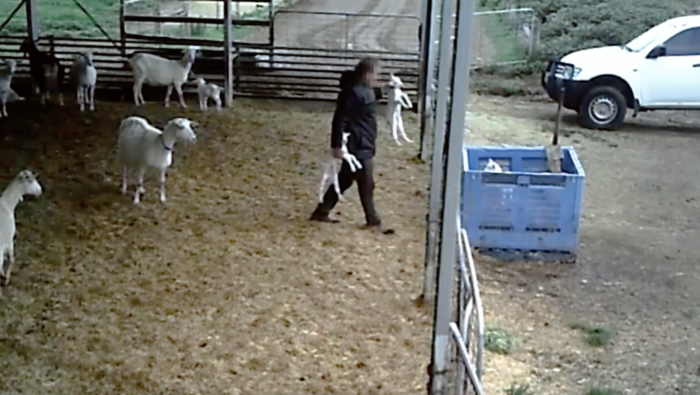 The baby goats are then seen being yanked from a container they’ve been placed in, separated from their worried mothers. 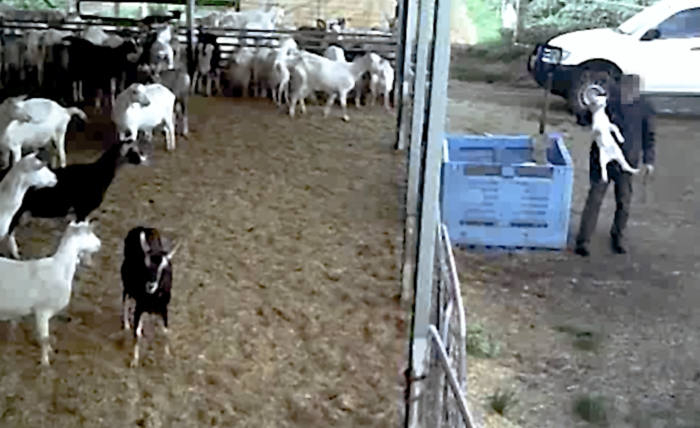 The babies are put on the ground, the farmer pulls his arm back and slams a long metal pole into the heads of the newborns. 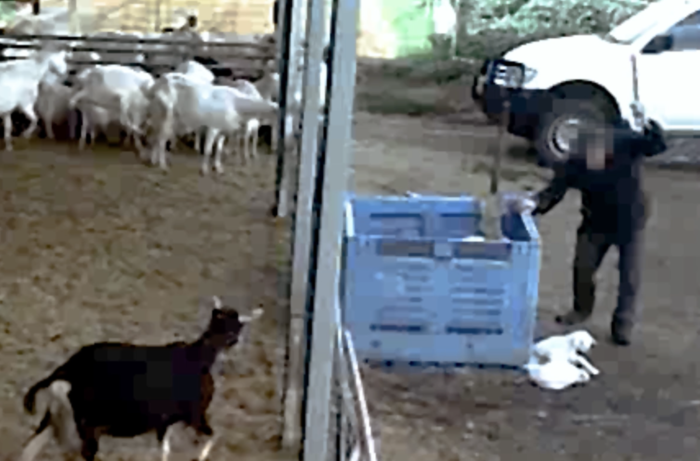 Some babies are seen trying to escape, all are seen convulsing and frantically moving their legs, suffering, for some time after they’ve been hit.

The lifeless bodies of the newborn kids are eventually thrown into a scoop, and taken to a deadpile of goats who have been killed before them in the same way. 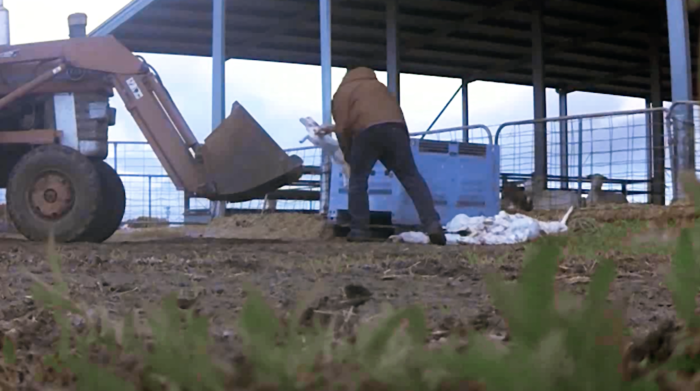 This is all legal.

There are codes of practice and guidelines regarding goat farming. However farmed animals are not legally protected in the Australian Prevention of Cruelty to Animals Act, which was written in 1986.

Section 9 of the Australian Prevention of Cruelty to Animals Act states that someone who commits an act of cruelty upon that animal and is guilty of an offence is:

b) loads, crowds or confines an animal where the loading, crowding or confinement of the animal causes, or is likely to cause, unreasonable pain or suffering to the animal; or

c) does or omits to do an act with the result that unreasonable pain or suffering is caused, or is likely to be caused, to an animal; or

d) drives, conveys, carries or packs an animal in a manner or position or in circumstances which subjects or subject, or is likely to subject, it to unnecessary pain or suffering

It is clear that bludgeoning a baby goat with a metal pole to kill him ought to violate this section of the animal cruelty act. In fact, a large number of farming practices do.

However, these violations are nullified by Section 6:

(a) the slaughter of animals in accordance with the Meat Industry Act 1993 or any Commonwealth Act; or

(b) except to the extent that it is necessary to rely upon a Code of Practice as a defence to an offence under this Act, the keeping, treatment, handling, transportation, sale, killing, hunting, shooting, catching, trapping, netting, marking, care, use, husbandry or management of any animal or class of animals (other than a farm animal or class of farm animals) which is carried out in accordance with a Code of Practice; or

(c) any act or practice with respect to the farming, transport, sale or killing of any farm animal which is carried out in accordance with a Code of Practice;

Without legislation protecting all farmed animals, which currently does not exist, even violating the ‘codes of practice  for animal welfare’ is not a legal offence.

From Agriculture Victoria, on their page about codes of practice for animal welfare:

“Codes of practice set out recommended minimum standards and practices for the keeping of a wide range of species and animal related activities.

The requirements of all Domestic Animals Act codes are mandatory.

Most POCTA codes are advisory only unless made mandatory through recognition in legislation.

Compliance with the provisions of POCTA codes can provide a defense to a prosecution under this Act.”

It is unacceptable that farmed animals are not given the same protections as those animals we see as companions like cats and dogs. All animals have been proven to be sentient and so have the capacity to feel pain, suffer, think and feel.

It is not only Australia that does not protect farmed animals. If farmed animals had the same legal protections our companion animals do, animal agriculture would not be legally possible. Our neighbour New Zealand for example, also permits the blunt force trauma killing of baby males kids.

See how you can help baby goats, now.